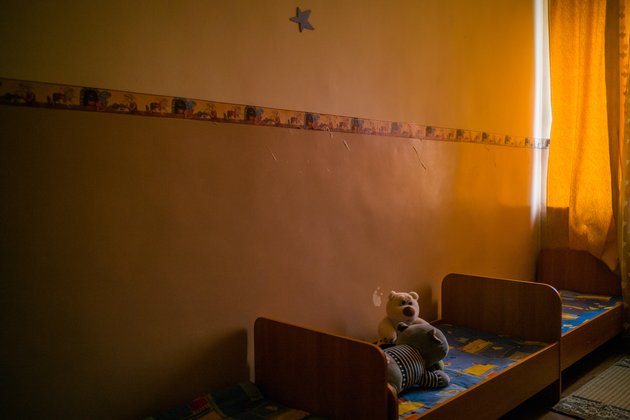 Since February 2022, Western and Ukrainian media have reported on the kidnapping and forced adoption of Ukrainian children by Russians.

The exact number of Ukrainian children transferred to Russia has been difficult to pin down, but Ukrainian sources estimate that as many as 8,000 children have been forcibly moved there. Accounts have emerged of Russian authorities transferring them to Russian families or Russian state orphanages, where they receive a "patriotic education." Some of the kidnapped children have been falsely told that their families died or do not want them.

On Nov. 16, 2022, the Institute for the Study of War, a Washington private think tank, reported that Russia has been bragging about deporting as many as 150,000 children from the Donbas region alone.

The United Nations Security Council considers the abduction of children one of the six grave violations of the mandate of the Special Representative for Children and Armed Conflict. As a number of scholars and journalists have pointed out, the kidnapping, adoption and Russification of Ukrainian children is part of Russia's premeditated strategy to expand its falling Russian population.

The wartime kidnapping of children is not new, nor is it specific to Russia.

As a theater scholar, I've encountered a number of works on stage that explore the complex moral conflicts and traumas that these abductions have generated throughout history, from China to Argentina and many places in between.

One of the earliest plays that center on the subject is "The Orphan of Zhao," a 13th century Chinese classic written by dramatist Ji Junxiang during the Yuan dynasty.

Based on historical events that took place 3,000 years ago, other narratives preceded Ji's, which he penned during the Mongolian invasion of China.

The plot revolves around an orphan named Cheng Bo, who, at the age of 20, discovers that his father, General Tu'an Gu, is not his real father. In fact, his real father, Zhao Dun, along with his entire family, was murdered by Tu'an Gu during a bloody conflict. Cheng ultimately kills the general, thus avenging his blood father and his family.

The story of orphan Zhao has had an enduring appeal in Chinese society and has undergone a number of dramatic and film adaptations. The play includes many features of classical Chinese drama, including a tragic hero torn between contradictory familiar loyalties, and in accordance with Confucian morality, has an ending that reflects poetic justice.

Due to its revenge plot, the play is often compared to Shakespeare's "Hamlet," and is sometimes even referred to as the "Chinese Hamlet."

2. 'The Circumference of the Head'

During World War II, under the Nazis' "Lebensborn program," Germany abducted and adopted as many as 400,000 Slavic children - mostly Polish and Czech, particularly kids whose blond hair and blue eyes aligned with the Nazis' objective to cultivate an Aryan-Nordic phenotype.

The abduction and forced Germanization of Slavic children went largely forgotten through the end of the 20th century. But recently, Polish journalists from news platform Interia and the German broadcaster Deutsche Welle teamed up to release a book and documentary on the subject, "Children Stolen by the Nazis: Forgotten Victims."

In theater, the Lebensborn program has not been widely explored. However, one Polish play worth mentioning is 2014's "The Circumference of the Head," written and directed by Polish playwright and director Zbigniew Brzoza and dramaturg Wojtek Zrałek-Kossakowski. Incorporating archival materials, the play tells the real story of two mothers, one Polish and one German, at odds over the fate of a girl who was kidnapped from the Polish mother and adopted by the German mother's family.

After the war, the girl returned to Poland thanks to the efforts of the Polish government - one of an estimated 30,000 Polish children who were repatriated to Poland following the war.

For the children, the homecoming could be as traumatizing as the initial kidnapping, since many of them no longer remembered their Polish families.

The title of the play refers to the Nazis' use of pseudoscientific "racial science" to determine which children they would send off to the death camps and which were deemed worthy enough to integrate into the German race. The circumference of the head was one such a measure.

Some Polish critics denounced the play for its Solomon-like depiction of the dispute between the Polish mother and the German woman who adopted the kidnapped child. Although both women want the girl, both are willing to give up their parental rights for the welfare of the child. The play thus drew a moral equivalency between the two women, Polish and German.

However the critics largely agreed that the play exposed the intrinsically tragic aspect of wartime abductions.

3. 'Stepmother Home or My Mother the Stolen Child'

Another play worth mentioning is a 2020 Polish-Greek-German production by Wicki Kalaitzi and Joanna Lewicka titled "Stepmother Home or My Mother the Stolen Child."

It is based on the story of Kataitzi's mother, who was deported from Greece during the Greek Civil War by the Greek Communist Party. A German family eventually adopted her.

The play traces the mother's journey through Europe, her life and the impact of generational trauma on her daughter, who's caught up in her own search for identity. The play uncovers the profound and long-lasting implications of the wartime child abductions for the victims and their future families.

An estimated 30,000 people went missing during the civil conflict, which took place in the late 1970s and early 1980s. Roughly 500 were children, and many of them ended up adopted by childless military families - some of which were responsible for the "disappearance" of their parents.

In 2000, Patricia Zangaro's play about the events, "A Propos of Doubt," premiered in Buenos Aires. The play has since inspired a yearly theatrical event, Teatro x Identitad - "Theater for Identity," or TXI for short - dedicated to plays focused on the fate of disappeared children.

All of the performances in the series, which started in 2000, open with the same line: "My name is ... and I can say it because I know who I am." Although the plays cover a range of themes connected to the disappearance of the children, all of them focus on the search and problems of identity.

The theatrical adaptations of wartime child abductions underscore the fundamentally tragic nature of such adoption. Advances in genetic testing have led to the administration of some justice: Hiding such crimes has become increasingly difficult. 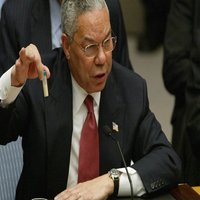 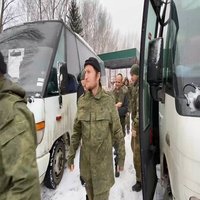